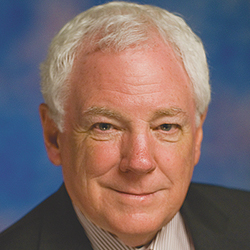 Lee Blitch is chair of California Business for Education Excellence. He held senior management positions at AT&T for 37 years, retiring from the company in 2000. Mr. Blitch served as president and CEO of the San Francisco Chamber of Commerce for five years before becoming vice president at San Francisco State University. After retiring in 2010, he established the Center for Education Excellence at the university.

Over the course of his career, Mr. Blitch has held leadership positions on more than 50 nonprofit boards, including 10 that have provided support for public education. In 2011, Yahoo! News named Mr. Blitch one of San Francisco’s 10 most powerful people. He and his wife, Sandra, split their time between San Francisco and Monterey, California.