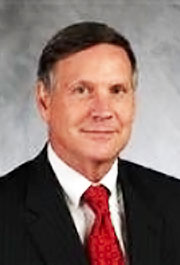 Michael Casserly has served as Executive Director of the Council of the Great City Schools, the nation’s primary coalition of large urban public school systems, since January 1992. Before assuming this position, Casserly served as the organization's Director of Legislation and Research for 15 years.

While Director of Legislation and Research for the Council, Dr. Casserly initiated major reforms in Title I, Vocational Education, and Drug Free Schools. He also initiated and wrote the federal Magnet School Act and the Urban Schools of America Act. Since 1989, he has garnered over $25.0 billion in extra federal money for urban schools.

Casserly has also written numerous studies, reports and op-ed pieces on urban schools, including "Beating the Odds"—the nation’s first look at urban school performance on state tests. He has produced television shows with Dan Rather, Charlene Hunter-Gault, Carole Simpson, Carl Rowan, and Juan Williams, and serves on numerous national boards and advisory groups. He has also appeared on numerous television and radio shows, including the "Julian Bond Show,” "All Things Considered,” "Larry King Live" and many others.

His legislative work has been the subject of a college textbook on how Capitol Hill really works. He is considered by many to be one of Washington's best education advocates and lobbyists, and an expert on urban education, governance, finance, and federal legislation and policy. Washington Almanac listed Casserly as one of Washington D.C.'s 400 most powerful individuals, and USA Today calls Casserly a "crusader" for city schoolchildren.

Dr. Casserly is a U.S. Army veteran, and holds a Ph.D. from the University of Maryland and B.A. from Villanova University.