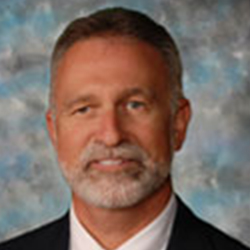 Brent Houston has served as an educator for more than 30 years. He is currently assistant superintendent for Shawnee Public Schools in Shawnee, Oklahoma. Mr. Houston has served Shawnee Public Schools since 1981, when he started as a vocal music teacher for grades kindergarten to six. In 1993, Mr. Houston began his tenure as principal at Pleasant Grove Elementary School. He then became principal at Horace Mann Elementary in 2001 before becoming principal at Shawnee Middle School in 2008. He served there for five years until his appointment as assistant superintendent in 2013. His numerous honors include a 2002 appointment by then Governor Brad Henry to the Oklahoma Educational Television Authority Board of Directors. Mr. Houston also was twice named "Teacher of the Year" once while teaching music and again at Grove Elementary, where he also taught fourth grade. He is a member of the National Assessment Governing Board, serving on its Assessment Development Committee.