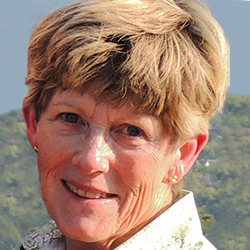 Sheila M. Ford is an award-winning, nationally-recognized educator. She served as a teacher and administrator in the District of Columbia Public Schools, where she eventually became principal of Horace Mann Elementary School. Under her leadership, Horace Mann was named a U.S. Department of Education Blue Ribbon School in 1990, 1994, and 2003-2004. After leaving in 2005, Ms. Ford served for three years as executive director for The Teachers Institute, which trains young teachers in literacy programs.

Ms. Ford has also had extensive international experience, serving, among other positions, as an instructor for Children Resources International in Bulgaria and Slovenia and a Fulbright Memorial Fellow in Japan. Ms. Ford served on the National Assessment Governing Board, eventually becoming vice-chair, as well as chair of its assessment development committee.