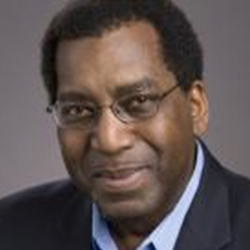 Title line one
Professor, School of Social Service Administration, the University of Chicago

Charles M. Payne is the Frank P. Hixon professor in the School of Social Service Administration at The University of Chicago. His interests include urban education and school reform, social inequality, social change, and modern African American history. His most recent books are So Much Reform, So Little Change (Harvard Education Publishing Group, 2008), which examines the persistence of failure in urban schools, and a co-edited anthology, Teach Freedom: The African American Tradition (Teachers College Press, 2008), which is concerned with education as a tool for liberation from Reconstruction through Children’s Defense Fund Freedom Schools.

He is also the author of Getting What We Ask For: The Ambiguity of Success and Failure in Urban Education (1984) and I’ve Got the Light of Freedom: The Organizing Tradition in the Mississippi Civil Rights Movement (1995). The latter has won awards from the Southern Regional Council, Choice magazine, the Simon Wiesenthal Center, and the Gustavus Myers Center for the Study of Human Rights in North America.  He is co-author of Debating the Civil Rights Movement (1999) and co-editor of Time Longer Than Rope: A Century of African American Activism, 1850–1950 (2003).

Dr. Payne is working on a book that continues the conversation from So Much Reform. Tentatively titled Fragile Victories: The State of the Debate on Urban School Reform, it will be a strategic overview of what we should have learned about large-scale change in urban schools over the last decade and how our deeply polarized national debate keeps us from acting on the best practice. He is also finishing a book with the working title of “When I Discover Who I Am….”: Reframing the Conversation About Black and Latino Youth (forthcoming, 2014, Beacon Press), which argues that the current national debate about education has become narrowly academic in a way that underestimates the importance of the sense of disconnection that many minority youth feel from the larger society and its institutions and the importance of helping those youth develop the capacity to think critically about their social identities. With the support of the Carnegie Foundation, Dr. Payne is exploring how schooling for minorities in France, the United Kingdom, and Hungary compares to the United States.

Dr. Payne is the recipient of a Senior Scholars Award from the Spencer Foundation and was a resident fellow at the foundation in 2006–2007. He has won an Alphonse Fletcher Fellowship, granted in recognition of work that contributes to improving race relations in American society and furthers the broad social goals of the U.S. Supreme Court’s Brown v. Board of Education decision of 1954.

Dr. Payne has been a member of the Board of the Chicago Algebra Project; the Steering Committee for the Consortium on Chicago School Research; the board of directors of MDRC; the Research Advisory Committee for the Chicago Annenberg Project: the editorial boards of Catalyst, Sociology of Education, and Educational Researcher; and the advisory board for Teacher College Press’ series on social justice. He serves on the MDRC Education Committee, and the research committee for the Public Education Fund in Chicago.  For 2013–2014, he serves as senior fellow for the Center for the Study of Social Policy.

Dr. Payne is a co-founder of the Duke Curriculum Project, which involved university faculty in the professional development of public school teachers, and John Hope Franklin Scholars, which tries to better prepare high school students for college. Dr. Payne is among the founders of the Education for Liberation Network, which supports the development of educational initiatives that encourage young people to think critically about social issues and understand their own capacity for addressing them. He was also founding director of the Urban Education Project in Orange, N.J., a nonprofit community center that broadens educational experiences for urban youngsters.

Dr. Payne has taught at Southern University, Williams College, Northwestern University, and Duke University.  He has won several teaching awards; at Northwestern, he held the Charles Deering McCormick Chair for Teaching Excellence and, at Duke, the Sally Dalton Robinson Chair for excellence in teaching and research. In 2010–2011, he served as the acting executive director of the Woodlawn Children’s Promise Community, an effort modeled on the Harlem Children’s Zone to dramatically improve youth outcomes in the Woodlawn neighborhood of Chicago. He served briefly as interim chief education officer for Chicago Public Schools.

Dr. Payne holds a bachelor’s degree in Afro-American studies from Syracuse University and a doctorate in sociology from Northwestern University.