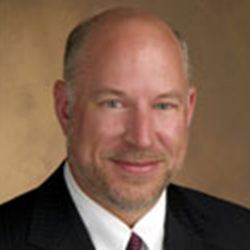 Title line one
President and CEO, The Chicago Community Trust

Terry Mazany is president and CEO of The Chicago Community Trust, one of the nation’s largest community foundations, as well as a member of the Federal Reserve Bank of Chicago. Over the past decade, The Chicago Community Trust has awarded more than $100 million in grant funds to nonprofit groups in the Chicago metropolitan area that aim to strengthen curricula, improve teacher quality and principal leadership, and support the development of innovative school models. A 20-year veteran in education, Mr. Mazany has also served as the interim superintendent of Chicago Public Schools and as deputy or associate superintendent of Southfield Public Schools in Michigan and the Oakland Unified School District in California.

Since October 2012, Mr. Mazany has served on the National Assessment Governing Board and is a member of the Board’s Reporting and Dissemination Committee. He received a Master of Business Administration, as well as master’s and bachelor’s degrees in anthropology, from the University of Arizona.