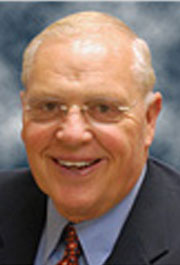 Roy Truby, Ed.D., is the former senior vice president of state and federal programs for Renaissance Learning. Prior to his employment with the company in 2007, Truby served as a visiting scholar for the University of Idaho, where he taught public policy. He also served as an ambassador for the National Center for Education Statistics and for the research organization Westat, to chief state school officers and urban school district superintendents, advising on National Assessment of Educational Progress and assessment issues. From 1989 to 2002, Truby served as the executive director of the National Assessment Governing Board, which has policy direction over National Assessment of Educational Progress (NAEP), often referred to as The Nation's Report Card. Truby has held positions as state school superintendent for Idaho and West Virginia and is the only person to serve as both elected and appointed chief state school officer in two different states. He also served as district superintendent in Greenville County, South Carolina, that state's largest school district.

Truby holds a bachelor's degree and a master's degree from Indiana University, and an Ed.D. in school administration from the University of Idaho. He has taught students in junior high through graduate school, including courses in school law, school finance, and superintendency.