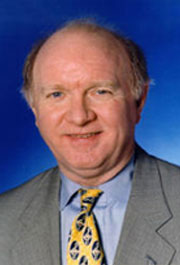 Mr. Mark D. Musick has been James H. Quillen Chair of Excellence in Education and Teaching at East Tennessee State University since 2006. Mr. Musick serves as President Emeritus of Southern Regional Education Board (SREB). He has tremendous knowledge and experience in education, having served in several high-level positions focused on improving education. Mr. Musick served as President of Southern Regional Education Board from 1989 to 2005 and served 16 years as its chief executive. Before being selected SREB 1989, Mr. Musick was Vice President and worked primarily with Southern state legislators, governors, higher education boards, and the staff of these groups. He joined the SREB from Virginia, where he served as Assistant Director with the Virginia State Council of Higher Education, and as an Assistant in the Office of the Chancellor for the Virginia Community College System. Prior to that, he served in the Governor's Office. He also served as Assistant to the Executive Director of the University Alumni Office at Virginia Polytechnic Institute and State University. He served as the Chairman of ACT, Inc. From 1992 to 1995 and 1997 to 2002, he served as Chair of Governing Board of the National Assessment of Educational Progress (NAEP)from 1989 to 2005. He served as Director of ACT Inc. He is a Member of the board of Directors of the National Commission on Teaching and America's Future and of the National Center for the Improvement of Educational Assessment. He served as Director of Renaissance Learning Inc. since April 2009 until October 2011. He served as a senior director on the Atlanta Committee for Public Education and is a founding director of Great Schools Atlanta. Mr. Musick received an M.S. in history and a BA in history and economics from Virginia Polytechnic Institute and State University. He has been awarded honorary doctoral degrees from Piedmont College and the College of Charleston, and an honorary Doctor of Laws degree from Mercer University.