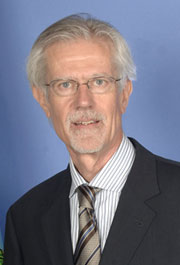 Easton comes to IES from Chicago, where most recently he was executive director of the Consortium on Chicago School Research at the University of Chicago. Easton was affiliated with the consortium since its inception in 1990, and became its deputy director in 1997. He had a long association with the Chicago Public Schools (CPS), serving in several research capacities, including as the director of the Department of Research, Analysis, and Assessment. He also served as director of research for the Chicago Panel on School Policy, where he led a study on the effects of decentralization on CPS.

Easton served a term (2003-07) on the National Assessment Governing Board, which sets policies for the National Assessment of Educational Progress (NAEP), also known as the "Nation's Report Card." In 2008, he was awarded a presidential citation from the American Educational Research Association for "research leadership and evaluation studies focused on improving the nature and quality of education in a large urban city."

Easton holds a Ph.D. in measurement, evaluation, and statistical analysis from the University of Chicago; a master's degree from Western Washington University; and a bachelor's degree from Hobart College. He is the author or coauthor of numerous reports and articles, and two books: Charting Chicago School Reform: Democratic Localism as a Lever for Change and Organizing Schools for Improvement: Lessons from Chicago, to be published by the University of Chicago Press in fall 2009.