WASHINGTON (Jun. 27, 2013) — Today’s 9-and 13-year-old students scored higher in reading and mathematics than their counterparts did 40 years ago according to The Nation’s Report Card: Trends in Academic Progress 2012, a long-term trend assessment designed to track changes in the achievement of students ages 9, 13 and 17 since the 1970s. However, 17-year-olds did not show similar gains.

The National Assessment of Educational Progress (NAEP) long-term trend assessment is administered every four years and measures basic reading and mathematics skills to gauge how the performance of U.S. students has changed over time. Reading was first assessed in 1971, and mathematics in 1973. Results in 2012 from more than 50,000 public-and private-school students across the country are compared with assessments since the 1970s and offer an extended view of changes in achievement over the years.

Release Event: Between the Trend Lines

See what the experts say about our nation’s academic progress. Watch this webinar release event for our 2012 long-term trends report.

Also known as The Nation’s Report Card, NAEP main assessments monitor student achievement at grades 4, 8 and 12 and are given to a nationally representative sample of students in reading, mathematics and many other subjects. The long-term trend differs from the main NAEP assessments in both its questions and its measurement of achievement, aiming to capture changes over time in student progress. The long-term assessment results are reported in average scores (0 to 500), at percentiles (10th and 25th, or lower performing; 50th, or middle; and 75th and 90th, or higher performing), and performance levels of 150, 200, 250, 300 and 350.

"I am pleased to see some significant progress over the decades to narrow the achievement gaps. There are considerable bright spots, including remarkable improvement among black and Hispanic students and great strides for girls in mathematics," said David Driscoll, chair of the National Assessment Governing Board, which oversees the administration of NAEP assessments. "Assessing students at particular ages over the decades provides a unique perspective on learning and achievement and a way to take a step back to see overall achievement trends and just how far we’ve come."

What does the future hold for measuring NAEP long-term trends? Experts discuss at a March 2017 symposium.

The Nation’s Report Card: Trends in Academic Progress 2012 is available at www.nationsreportcard.gov. 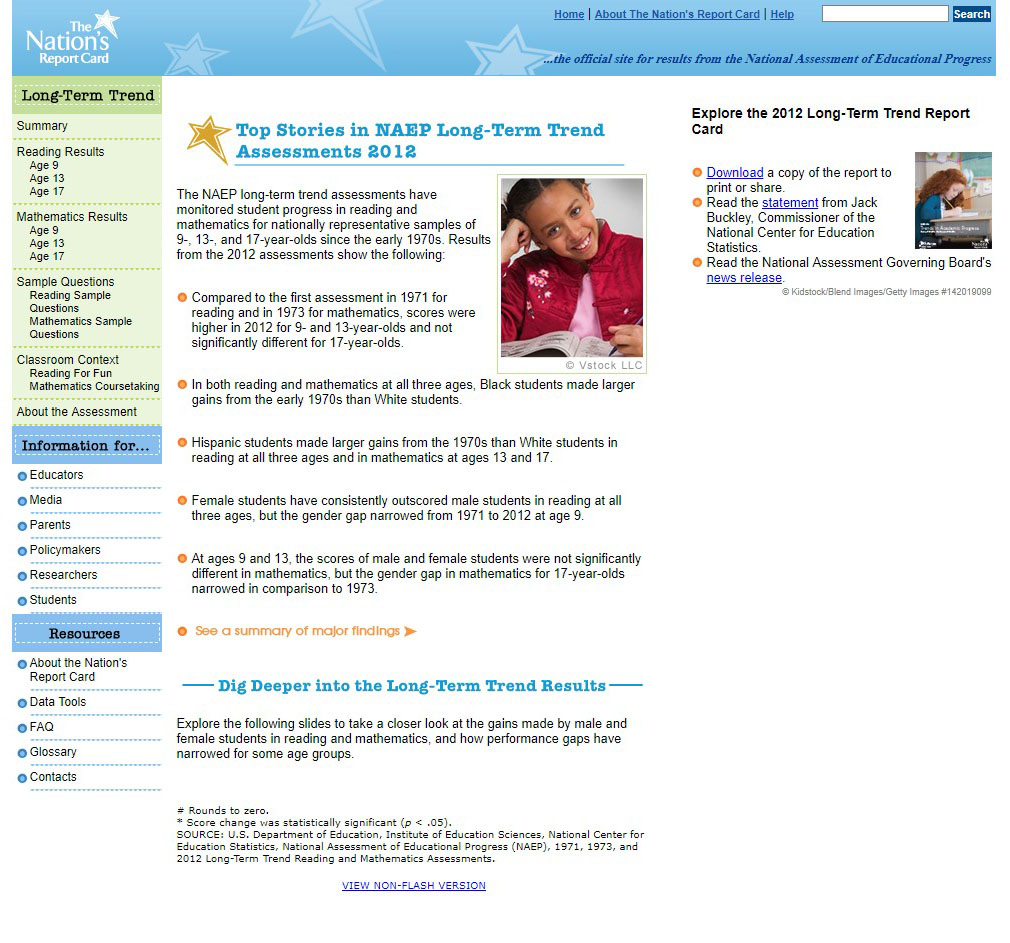 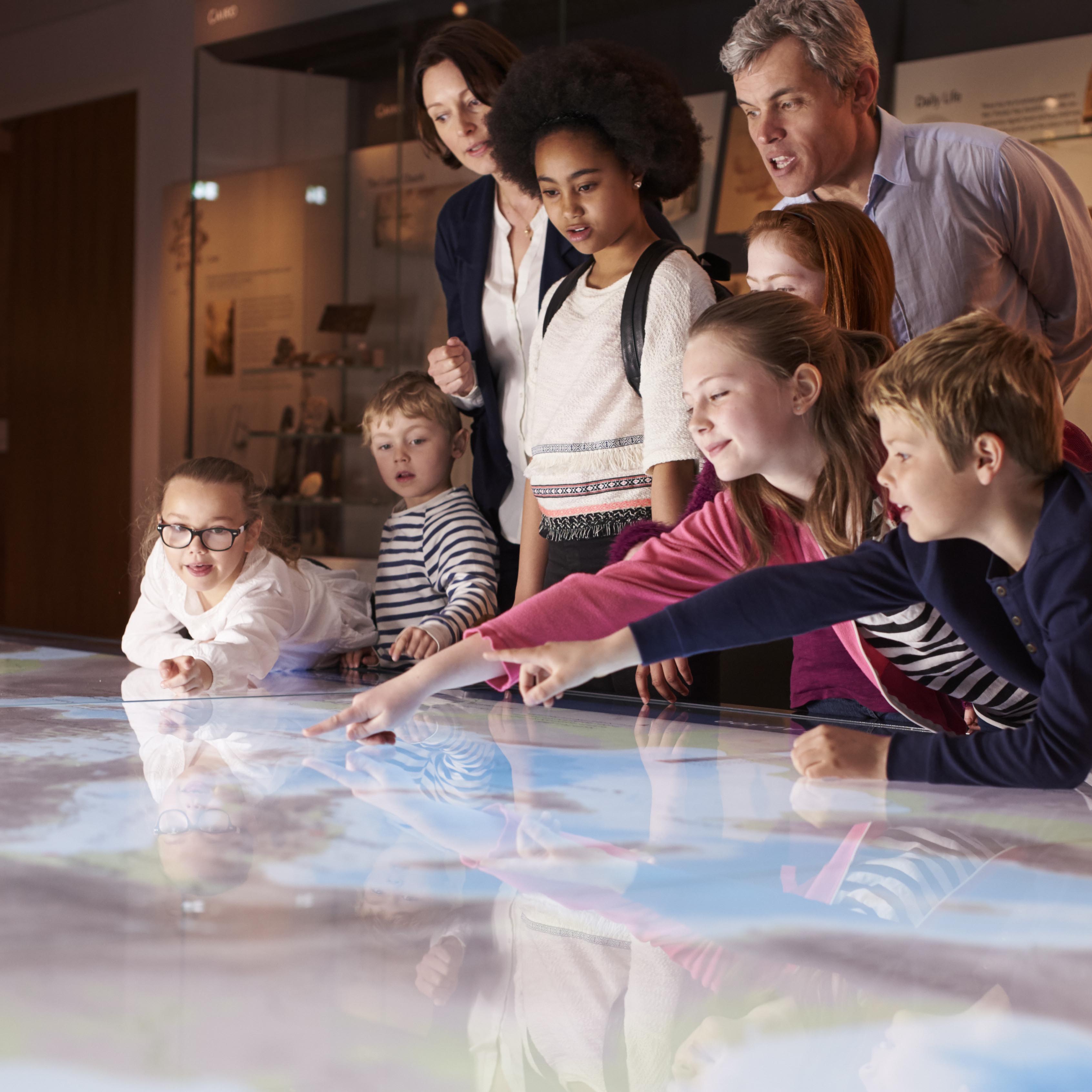 Symposium on the Future of the NAEP Long-Term Trend Assessment