Access and Opportunities Vary by Gender, Income and Region

WASHINGTON, April 25, 2017 — The Nation’s Report Card: 2016 Arts shows that Hispanic eighth-grade students scored higher in music in 2016 than in 2008 and that score gaps narrowed between Hispanic and white eighth-graders in both music and the visual arts. In the visual arts specifically, students eligible for the National School Lunch Program (NSLP) scored higher in 2016 compared with 2008, narrowing the difference in scores between those students and their higher-income peers. And while The Nation’s Report Card, also known as the National Assessment of Educational Progress (NAEP), shows no overall score changes in music and the visual arts since the last arts assessment of eighth-graders in 2008, it does reveal changes in access to and participation in music and visual arts activities, varying by gender, income and region.

Arts Education In Our Schools

We visited four school-based arts programs across the country to discover how arts education makes a difference for students.

On the NAEP music assessment, students were asked to analyze, describe or critique pieces of music. In the visual arts, students analyzed and described works of art and design, demonstrating their knowledge of media and techniques as well as visual organization. In both music and the visual arts, students were asked to describe and show an understanding of aesthetic, social, cultural and historical context. For the visual arts, additional questions assessed students’ ability in creating works of art. The average responding scores reported in the 2016 Arts Report Card involve students responding to visual art and music.

“The visual arts and music have always been vital components to students’ well-rounded education, which is why they are included in NAEP. NAEP shows us that how students respond to music and to visual arts can be assessed and can provide reasonable and objective information about the state of arts education in America,” said Dr. Joe Willhoft, a testing and measurement expert and a member of the National Assessment Governing Board. “And as a former art teacher, I’ve seen firsthand how the arts — music, visual arts, drama and dance — are an essential part of a student’s learning and development.” 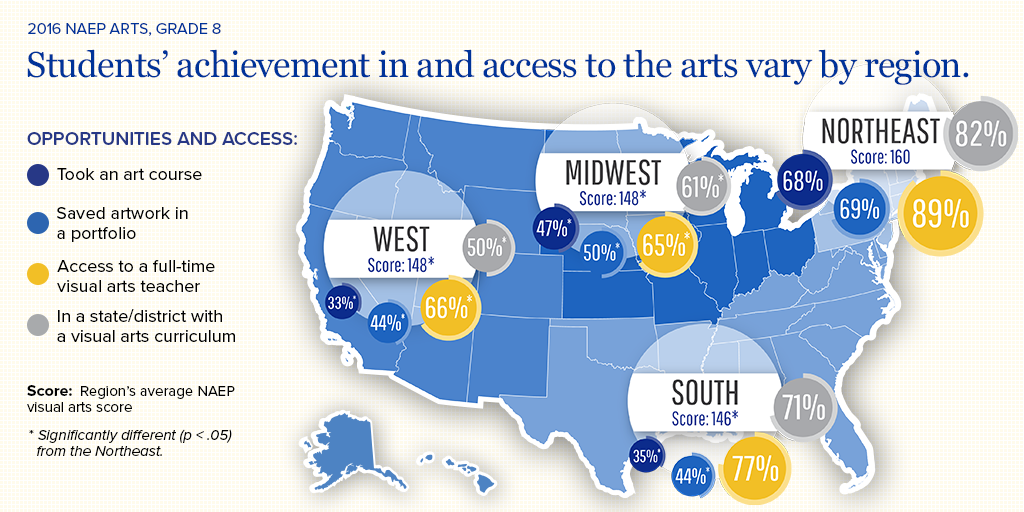 The Nation’s Report Card includes not only performance data but also responses from students and school administrators on students’ experiences with music and the visual arts both inside and outside of school. These contextual data show that there are differences in students’ access to opportunities in the arts and in overall student participation in music and the visual arts by gender, income and region.

Music & arts enrich students’ lives and can encourage those reluctant to participate in the school experience. Alberto Carvalho, @MiamiSup

In music, the difference in scores by eligibility for NSLP has remained unchanged since 2008, but in the visual arts, NSLP-eligible students scored 5 points higher than their ineligible peers in 2016, narrowing the difference significantly compared with 2008. The results also reveal that students eligible for NSLP were less likely than ineligible students to play a musical instrument or take music lessons outside of school, or to visit an art museum or exhibit on their own. However, they were more likely than their higher-income peers to keep a journal or sketchbook.

“The arts have a significant impact on student academic progress,” said Alberto Carvalho, a Governing Board member and the superintendent of Miami-Dade County Public Schools, the nation’s fourth-largest school system. “Music and visual arts have a powerful influence, enriching students’ lives and encouraging students who otherwise may be reluctant to participate fully in the school experience.”

The Nation’s Report Card also illuminates the availability of arts-related resources in schools and how exposure to music and the visual arts at school correlates with test scores. The results indicate that 63 percent of students had enrolled in a music class in 2016 and that those who had taken a music class scored an average of 12 points higher on NAEP than students who had not taken music. Compared with 2008, a smaller percentage of students listened to musical performances at school in 2016. Students who heard a musical performance at school scored an average of 25 points higher on the music assessment than students who did not hear a performance.

In 2016, 42 percent of students had taken a visual arts class — unchanged from 2008. But in art classes, students were less likely to be asked by their teachers to draw or paint every day in 2016 compared with 2008. Students who took an art course at school and students who painted or drew in class at least once a week scored an average of 10 points higher on visual arts questions than students who did not take an art course or draw as often.

See how students’ experiences inside and outside of school may affect their achievement.

“Every student should have access to arts education to develop the creativity and problem-solving skills that lead to higher success both in and out of school,” said Ayanna Hudson, director of arts education at the National Endowment for the Arts. “Arts education can be especially valuable for our nation’s underserved students, leading to better grades, higher graduation rates and increased college enrollment. That’s why NAEP is an important tool, providing a national snapshot of student achievement in the arts, including serious gaps in access, so we can know how best to assist our students.” 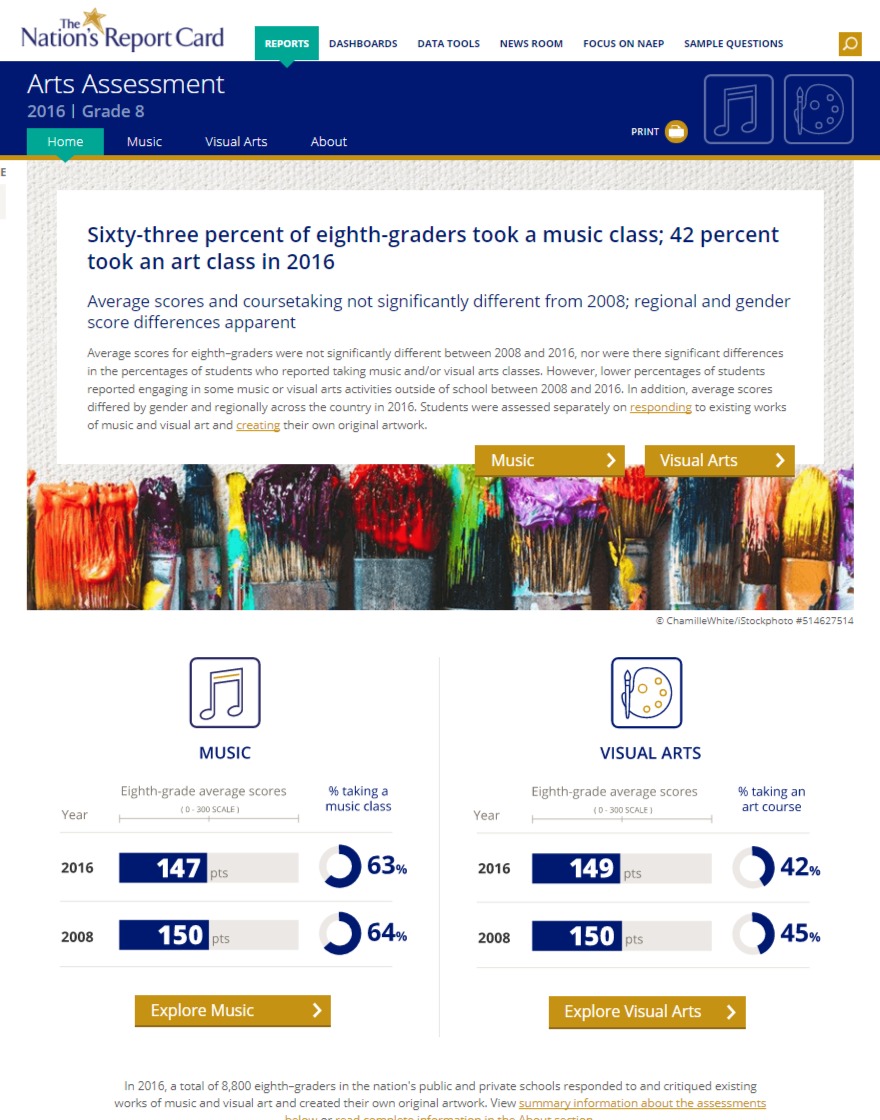 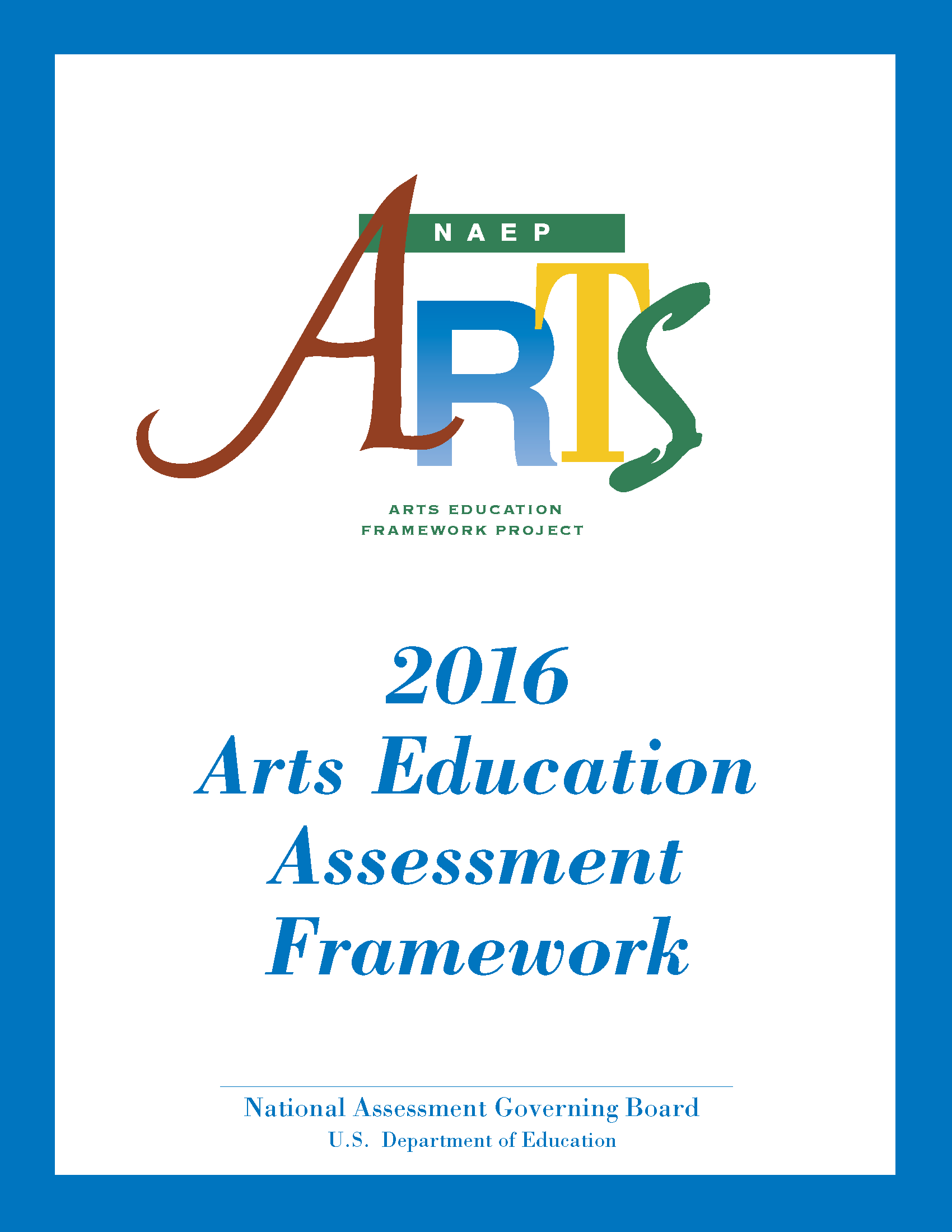 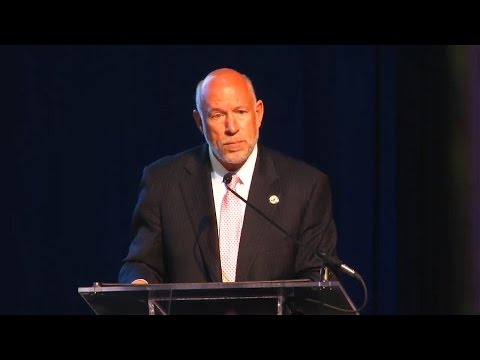 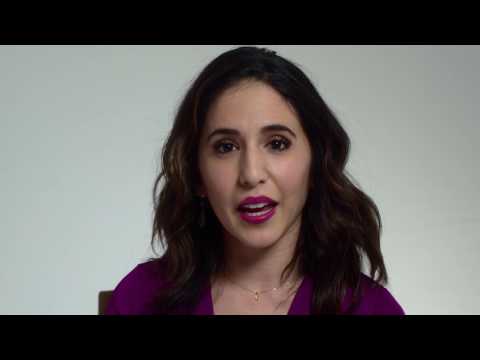 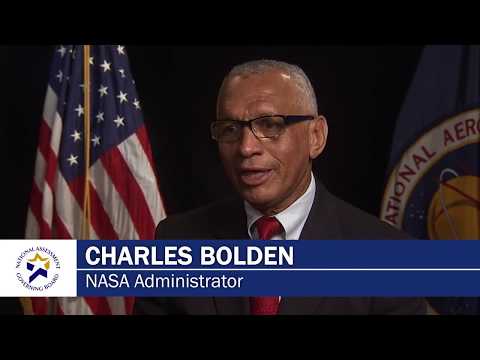 Video: NASA Leaders on the Importance of the Arts 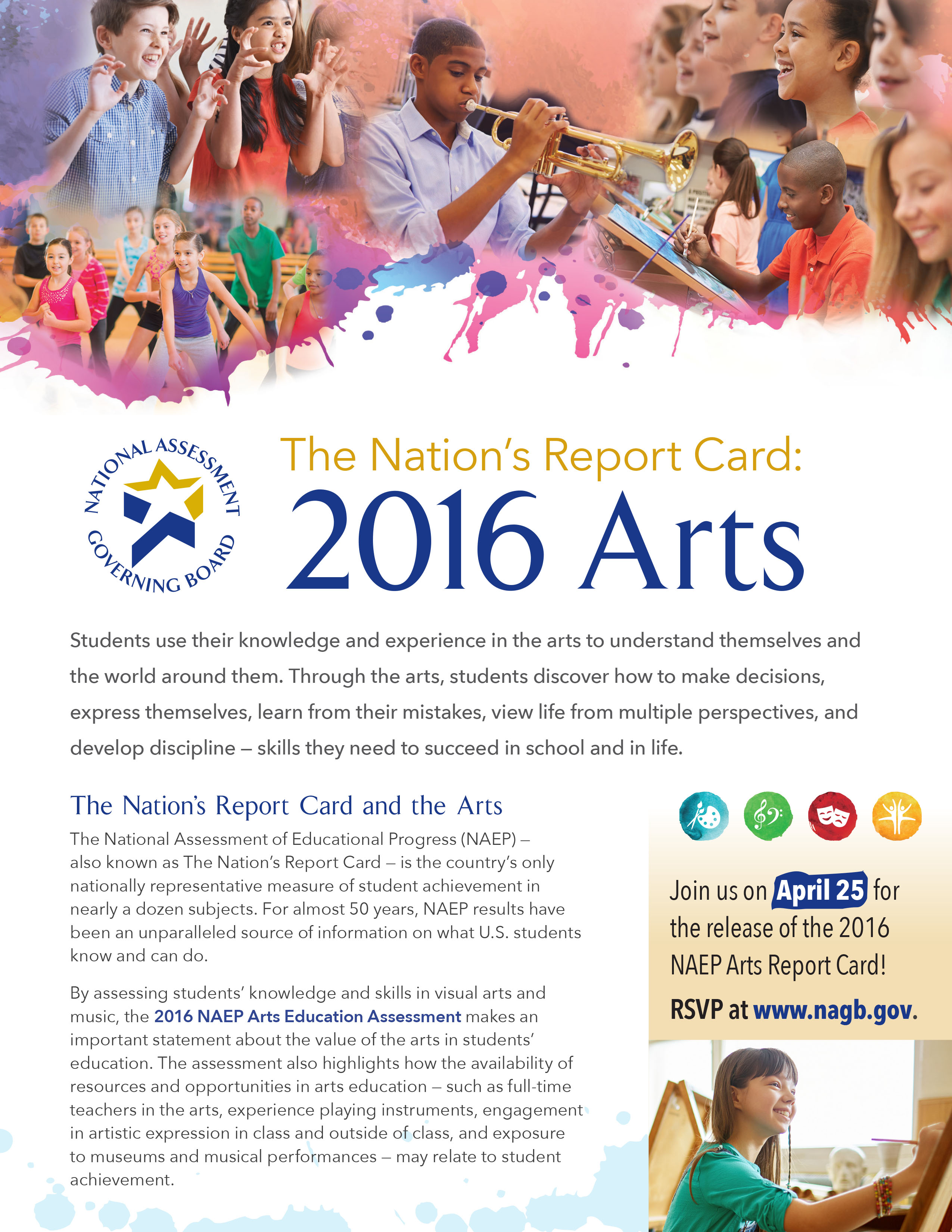